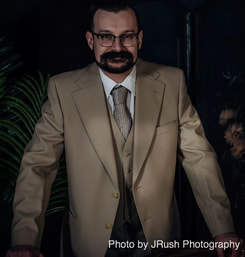 Adam Pappas began playing the violin at the age of 3. From that time he has had the privilege to study with many great teachers from across North America. Adam received most of his music education in his hometown, Brandon, Manitoba. He has had the opportunity to travel to Suzuki Institutes and music camps in Canada and the U.S. to study as well. After taking part in the Brandon Suzuki Talent Education Program and Eckhardt-Grammatté Conservatory of Music, Adam went on to complete a Bachelor of Music (Violin Performance) in 2005, and his Masters of Music (Violin Performance and Literature) in 2008. He has also completed Suzuki teacher training courses through Book 8.

During his career as a musician Adam has had numerous experiences performing, including playing with the Brandon Chamber players. He has also received countless awards and scholarships during this time. In addition to being a skilled Classical violinist, he has also enjoyed some rare opportunities in fiddle, folk, punk, jazz, and even rock violin.

Adam has had teaching experiences ranging from teaching Suzuki Violin with the Brandon Suzuki Talent Education Program to teaching at the International Music Camp. He currently resides in Edmonton, Alberta where he works as a freelance performer and also operates a private studio offering Suzuki violin and viola  instruction.